April 19th: Cuemaster in Lausanne for Adecco and in Shanghai for Citroën

The first system was used by Adecco at their Annual General Meeting in Lausanne. We provided them a conference prompter that was used by Mr Rolf Dörig, Chairmain of the Board and by Mr Patrick De Maeseneire, CEO of the Adecco Group. It was the second year in a row that Adecco asked Cuemaster to supply a prompter system for the AGM.

The second system was used by Citroën at the Shanghai Motor show. Citroën revealed the DS5 here, which will be on sale in Europe later this year. The prompter was used during the press conference by all speakers, including one speaking Chinese.

In both cases Cuemaster also provided the operator. 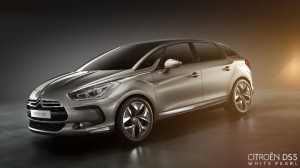