This year the Nobel Peace Prize was awarded to the European Union.
Both Presidents held the traditional Nobel lecture during this prestigious ceremony where the winner receives the prize.

This was a première for both Presidents to use a prompter system during a speech for a live audience.
Reactions where overwhelmingly positive, by both the speakers and the public. 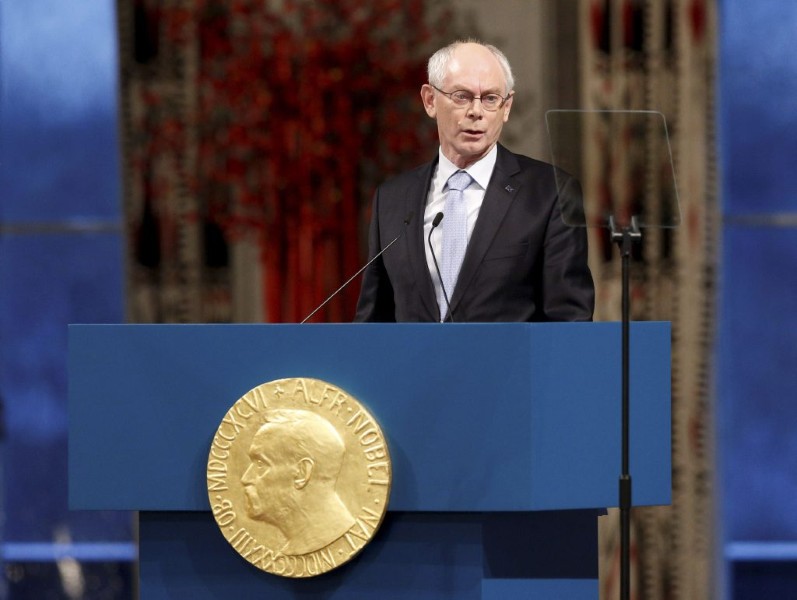